Well, folks, I just can’t help myself. A mere two weeks after the 94th Academy Awards, I’m getting into speculation for the 95th ceremony honoring the best of 2022.

I know… it’s only April. And there’s certainly a great chance that these impossibly early predictions will look foolish a few months down the road. It’s all part of the fun though!

Here’s how it works. I’m going to do monthly forecasts for the six biggest races (Picture, Director, and the four acting derbies). For Picture, I’ll project the ten BP nominees along with 15 other possibilities. In the other races, I’ll name my five with ten other hopefuls.

Starting in August, the monthly predictions will shift to weekly ones. In October, it branches out to all feature film competitions and the list of possibilities dwindles from 25 to 15 in BP and ten in all others. Got all that? Good!

Some quick caveats – when you’re this early in the projecting game, it’s basically guesswork. For instance, I’m saying Leonardo DiCaprio will compete in Supporting Actor for Killers of the Flower Moon. It could be lead. The same logic applies to Leo’s Once Upon a Time in Hollywood costar Brad Pitt for Babylon. Some movies named here will be pushed back. Some roles with familiar faces will not be the Oscar bait that seems plausible at the moment. 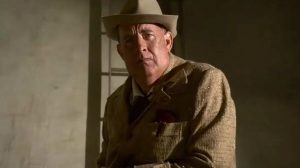