If fish out of water tales with Mexican drug cartels is your desired viewing option, you can’t go wrong with “Breaking Bad”. Clint Eastwood’s The Mule is a considerably more mixed bag. Let’s call it Walter Whiter as our octogenarian subject makes a curious late career choice that is actually based (loosely) on true events. We have seen Eastwood go down the “I’m too old for this…” bit a few times in the past few years. This might rank as the strangest.

The first half of The Mule is engaging in its amiable way. Our star and director plays Earl, whose horticulture business is on its last legs thanks to that darn internet. He’s a man who makes fast friends and loves life on the road and has ignored his family along the way. That includes an ex-wife (Dianne Wiest), a child who won’t speak to him (real-life daughter Alison Eastwood), and granddaughter (Taissa Farmiga) who still wishes to connect.

A job opportunity arises for Earl to spend most of his time driving. It happens to be crossing state lines to transport larges volumes of cocaine. He’s pretty decent at the gig, earning the nickname “El Tata” (grandfather) from his heavily armed coworkers. Andy Garcia is head of the cartel. The new job leaves Earl flush with money and women. If you thought Clint Eastwood and threesome action isn’t something you’d ever see in a movie, think again. And again. Tata also garners the attention of the DEA, led by Bradley Cooper’s agent, Michael Pena as his partner, and Laurence Fishburne as their boss.

When The Mule enters its second phase, Earl is trying to make amends with numerous poor choices (a frequent theme in the filmmaker’s work). This is when the carefree tone shifts rather uncomfortably. None of the supporting characters are really developed at all. You get the feeling most of these accomplished actors just wanted to work with Clint. The dramatic exchanges with family members feels stilted.

I can’t deny there’s some joy in watching Eastwood for a while. If you loved Gran Torino, you’ll probably at least like this. There’s also no denying that he’s tackled similar themes with far superior results. As Earl attempts to get his act together, he goes off grid from his day job. I doubt one of the true elements in this fact based tale involved his bosses not being able to locate him for days. Don’t they track his cell phone? Or have his vehicle bugged? I found myself pondering this in the final act. Despite a game showcase performance, perhaps resenting the screenplay’s disregard for the intelligence of drug lords means the picture isn’t clicking on all cylinders.

We aren’t exactly blessed with a new horror classic in The Nun, the latest entry in the seemingly endless possibilities for spinoffs in the Conjuring Cinematic Universe. It does, however, manage to rise above the Annabelle creations before it with some style points and an occasional identity of its own. While both Annabelle and its sequel often felt like unnecessary cash grabs, I’ll give director Corin Hardy a bit of credit for creating something a little different. Let’s call it maybe a B- for trying.

The title character here first appeared in The Conjuring 2. She’s a demonic nun possessed by evil spirit Valak. Paranormal investigators Ed and Lorraine Warren (Patrick Wilson and Vera Farmiga) had to put up with her sister acts of violence in that picture. This prequel and spin-off (preoff?… spinquel??) takes it back two decades earlier to the 1950s in Romania. A nun has committed suicide in a monastery after making the acquaintance of Valak and the Vatican enlists Father Burke (Demian Bechir) to look into it. He’s paired up with Sister Irene (Taissa Farmiga), who’s still in the novitiate (or training) stage before taking her vows.

Once they reach the scene of the death, Father and Sister are subject to lots of shadowy lurking, visions of terror, and charming local Frenchie (Jonas Bloquet) who provides a couple moments of genuine comic relief. That’s not something often found in this particular Universe and it’s welcome because these pics aren’t worth taking seriously.

2013’s The Conjuring was a very entertaining and scary genre exercise. The direct sequel and the offshoots haven’t come close to its power. And The Nun is nowhere near as entertaining or scary. Yet I wouldn’t classify this one as lazy. The monastery setting creates a sometimes effective claustrophobic feel. We know this franchise is all about jump scares and they’re in bountiful supply. I’ll give Taissa Farmiga props for her ability to act as terrified as her big sister Vera in the main series flicks. Calling this the best spin-off thus far isn’t praise of the highest power, but I’ll confess to it holding my interest better than the doll.

A week from today, Bleecker Street releases What They Had in limited fashion. The film marks the directorial debut of Elizabeth Chomko (who also wrote the script) and centers on a family dealing with a mother diagnosed with Alzheimer’s. It premiered at Sundance back in January and features a cast including Hilary Swank (two-time winner for Boys Don’t Cry and Million Dollar Baby), Michael Shannon, Blythe Danner, Robert Forster, Taissa Farmiga, and Josh Lucas.

Early reviews have been positive and it stands at 92% on Rotten Tomatoes. That said, critical reaction likely isn’t strong enough to make this a player in Best Picture. What They Had could struggle generally to get noticed at all. Its best chances aren’t with Swank or Shannon, but with Danner and Forster. For them to get noticed, the picture will need to at least break through with audiences to a certain degree. That could be a tall order in the midst of more high-profile contenders.

Bottom line: while this is generating solid reviews, Had is a long shot for Academy attention. My Oscar watch posts will continue…

A bit of an awards season surprise turned up today when Warner Bros announced that Clint Eastwood’s The Mule will be out on December 14. The film casts Eastwood in the true story of a World War II vet who becomes a courier for Mexican drug cartels at age 80.

The Mule marks Eastwood’s first turn in front of the camera since 2012’s Trouble with the Curve. It’s the first time he’s directed himself since 2008’s hit Gran Torino. While it’s been a little while since he’s acted, he has been churning out directorial efforts every year. It’s no accident that every time he does, Oscar chatter follows.

Over the past quarter century plus, Eastwood has seen a number of his pictures win and be nominated. In 1992, Unforgiven won Best Picture and Director. Twelve years later, Million Dollar Baby was a surprise late addition to the awards season calendar (as this is). It also won Picture and Director. Additionally, Mystic River, Letters from Iwo Jima, and American Sniper all received nods in the big race.

Just last year, The 15:17 to Paris was assumed to be another possibility for inclusion for consideration. It ended up coming out in February of this year and was a commercial and critical failure. Paris is nowhere on the radar screen for Academy chatter this year.

Will The Mule be a different story? Another Million Dollar Baby that alters the Oscar race? While we’ll have to wait for buzz and reviews (there’s not even a trailer yet), some signs point to no.

There’s already rumors that Warner Bros is looking at this as more of a commercial venture  than one they will focus on for awards campaigning. The studio already has a very serious contender on its docket with A Star Is Born. Speaking of, Eastwood’s costars here include Bradley Cooper (director and star of Born) as well as Dianne Wiest, Michael Pena, Laurence Fishburne, Taissa Farmiga, and Alison Eastwood.

Even if Warner doesn’t see this as their largest Academy player, we will see if critics and audiences feel differently. One thing is for sure – we have another movie to keep an eye on in 2018. 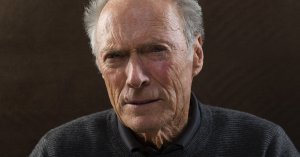 The Conjuring Cinematic Universe rolls along when The Nun debuts next weekend. The fifth entry in the highly successful Warner Bros horror franchise is a prequel to all four previous pictures. Our title character was first glimpsed at in 2016’s The Conjuring 2. Corin Hardy directs a cast that includes Demian Bichir, Taissa Farmiga (sister of Conjuring star Vera), Jonas Bloquet, and Bonnie Aarons.

Just a couple of weeks back, The Nun received some unexpected publicity when YouTube pulled one of its trailers off the site due to its frightening jump scares. If anything, that notoriety could help peak the curiosity of moviegoers. Not that it necessarily needs it. The opening weekend grosses of this series have been remarkably consistent. Here’s the rundown:

I don’t see any compelling reason why The Nun would change that range. You could say it seems pretty (ahem) black and white to me. I’ll predict this scary sister act hits high 30s.

For my God Bless the Broken Road prediction, click here:

For all I know, director Ti West was exposed to the films of Quentin Tarantino last week. I doubt it. His western doesn’t really like feel inspired by QT’s genre works like Django Unchained and The Hateful Eight.

Instead, it seems like Mr. West’s western could be a product of the fact that the filmmaker was a young teen when Pulp Fiction came out in 1994. Just maybe that teen wanted to make a genre pic that felt a bit like Tarantino – the sudden jolts of violence, the dialogue that sounds a little hipper than the time period, the cool vintage fonts on the title cards. In 1994, Pulp resuscitated John Travolta’s career. Here he’s cast as the nefarious Marshal ruling a deserted Old West town. Ethan Hawke became a Gen X star that year as well in Reality Bites. Here he’s the strong, silent, and complicated hero who must go up against him. Maybe I’m reaching for connections to make my point. However, that’s how In a Valley of Violence felt to me and it was an appealing experience. And I haven’t mentioned the super cool dog yet…

Paul (Hawke) and his dog Abbie (Jumpy) are making their way to Mexico (their motives are unclear for a bit) when he comes across the town of Denton. It’s sparse in both population and set design, allowing this to look like a low-budget old timey western from decades ago. Blumhouse, the studio that specializes in bargain basement priced horror flicks, is behind this so it makes some sense. It’s clear that Paul knows how to fight, but doesn’t want to. Unfortunately dim-witted deputy Gilly (James Ransone) rattles his cage in small ways at first and then big ones. Suddenly Paul’s trip south of the border is delayed for revenge purposes. And he must also deal with Gilly’s father, Travolta’s aforementioned Marshal.

Valley doesn’t take itself very seriously. There’s a lot of humor and much of it is well written and well placed. Travolta has been known to overact over the last couple decades since his comeback. Here he does it in a role that seems appropriate for it. Hawke plays the lonely cowboy straight and solidly. Taissa Farmiga provides a spark as a town resident desperate to get out. And it’s not often I’d mention the real name of the dog in a film, but Jumpy deserves the shout out for a real performance. More kudos go to composer Jeff Grace for a pitch perfect score.

Again, I have no idea if my Ti West/Tarantino hypothesis (who’s worked in horror before this) holds merit. No, it doesn’t reach the brilliant level of impact and the dialogue isn’t consistently as poetic as Quentin’s. There’s moments and enough of them, however, to make the connection worth mentioning.