Harrison Ford and a furry friend that isn’t Chewbacca team up for The Call of the Wild next weekend. Based on Jack London’s 1903 adventure book, the wilderness tale pairing Ford with canine pal Buck comes from director Chris Sanders. It’s his live-action debut, but he’s had success making animated features including The Croods and How to Train Your Dragon. Costars include Dan Stevens, Omar Sy, Karen Gillan, and Bradley Whitford.

Coming from the newly named 20th Century Studios (now owned by Disney), Wild is a rather large gamble. The price tag reportedly tops $100 million and that’s steep considering the source material may not be as familiar to some of the young audience it is counting on. To add to that, Sonic the Hedgehog will be in its sophomore frame and that could cut into the crowd.

Older viewers turning out for Ford and the short novel it’s based on could potentially get this to top of its range ($20 million). Yet my feeling is low to mid teens is most likely.

The Call of the Wild opening weekend prediction: $14.6 million

For my Brahms: The Boy II prediction, click here:

Continuing its own cinematic universe that will lead to two monstrous creatures facing off next spring, Godzilla: King of the Monsters stomps into multiplexes next weekend. The reported $200 million dollar film is a sequel to 2014’s Godzilla reboot from Gareth Edwards. Michael Dougherty takes over directorial duties with a cast including Kyle Chandler, Vera Farmiga, Millie Bobby Brown of “Stranger Things” fame, Bradley Whitford, Charles Dance, Thomas Middleditch, and O’Shea Jackson Jr. Returnees from part one are Sally Hawkins, David Strathairn, and Ken Watanabe.

As mentioned, Monsters is part of a larger Warner Bros scheme to get the giant green nuclear waste creation to grapple with the world’s best known giant ape. Godzilla vs. Kong  will hit screens in March of 2020. Five summers ago, Godzilla debuted to a cool $91 million on its way to $200 million domestically. In 2017, Kong: Skull Island made $61 million out of the gate and $168 million total.

I would anticipate we’ll see Kong money and not Godzilla cash here and perhaps a bit less. Mid to high 50s seems probable with overseas earnings expected to be anything but toxic.

Going into the Telluride Film Festival, one storyline was the possibility of Nicole Kidman garnering Oscar buzz for two roles. In the Supporting realm, her part in Boy Erased seemed like a somewhat safe bet for attention. That film’s mixed reaction has brought her inclusion in that race as more of a question mark.

When it comes to lead Actress, Kidman stars in the crime thriller Destroyer from director Karyn Kusama. Reaction from Colorado on the picture itself is also mixed. Some reviews have compared it to the work of Michael Mann while others have criticized its confusing storyline. Yet everyone seems to agree that Kidman is terrific in an unglamorous role.

Expect Annapurna Pictures to focus all of its Academy campaign on the four-time nominee and one time winner (for 2002’s The Hours). Don’t expect much chatter for the Picture, Director, or costars Sebastian Stan, Tatiana Maslany, Toby Kebbell, and Bradley Whitford.

Bottom line: the Boy Erased reaction lessens Kidman’s chances at a nod in Supporting Actress. The buzz about her performance in Destroyer bolsters her shot at lead.

The film opens domestically on Christmas. My Oscar Watch posts will continue… 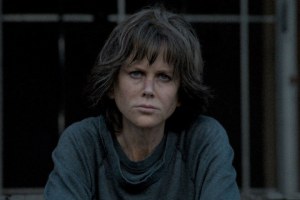 Based on a series of YA novels from Alexandra Bracken, The Darkest Minds debuts in theaters next weekend. The dystopian adventures stars Amandla Stenberg (from last year’s Everything, Everything), Mandy Moore, Gwendoline Christie, and Bradley Whitford. Jennifer Yuh Nelson (best known for making parts 2 and 3 of the animated Kung Fu Panda  franchise) directs.

We are far removed from the YA adaptation heyday of The Hunger Games and Twilight series. 20th Century Fox doesn’t seem to be hyping this one much. Instead of anything near Katniss or Bella numbers, I could see this struggling to reach double digits. The best comp could be 2013’s The Mortal Instruments: City of Bones, which made a piddling $9.3 million for its start and effectively ended any chance of future sequels. That will probably be the case here with a dark opening for Minds.

For my The Spy Who Dumped Me prediction, click here:

If you could envision a picture made in a factory for Best Picture consideration, The Post might be it. Two-time Oscar-winning director Steven Spielberg? Check. Three-time winner and most nominated actress ever Meryl Streep? Yep. Two-time recipient Tom Hanks? Indeed. A historical context that has connections to what’s happening today? Present. Luckily, the film itself manages to be an often engrossing experience that is (surprise) quite well-acted and directed. Does it match the high mark of some other journalistic features that cover similar ground? Not in my view.

The Post opens with State Department analyst Daniel Ellsberg (Matthew Rhys) in Vietnam in the late 1960s and his growing realization that the conflict has no end in sight. Ellsberg has access to classified government docs and by the early 1970s, he wishes to expose the top secrets of the U.S. Government’s involvement overseas from the Truman through Nixon administrations. He first leaks some information to the vaunted New York Times, but attention soon turns to The Washington Post, which at this juncture is considered more of a hometown paper. That paper is run by Katharine Graham (Streep) and she’s the first woman to run such an operation. She inherited the Post after the deaths of her father and husband. While the film’s attention is mostly centered on the impending giant story that they may break, we also witness the difficulties Graham experiences as a woman working in a man’s world. This provides some of the best moments and more examples of Streep’s limitless abilities as a performer.

Graham runs in the D.C. social circles and she’s close with many of the figures her journalists look to expose, including Secretary of Defense Robert McNamara (Bruce Greenwood). The paper’s editor is Ben Bradlee (Hanks), a hard charging type who doesn’t think of the corporate exposure landmines that go along with spilling these secrets. Graham must do so because her business is about to go up for public offering and President Nixon isn’t exactly warm-hearted when dealing with media types.

Therein lies the drama with The Post as Graham and Bradlee struggle to do the right thing. The pic clearly reveres it main subjects and the virtuous acts they took. It also adores the bygone and pre-digitized era of the news. There are lovingly crafted shots of the newspapers being developed for print and frenzied reporters furiously typing their copy to meet their deadline. We also witness occasional spurts of dialogue that border on preachy. Screenwriters Liz Hannah and Josh Singer craft a couple of monologues that could warrant a bright red MESSAGE signal across the screen while its actors are speaking.

That said, the story itself is inherently fascinating and it’s told in a well-crafted manner. There are plenty of actors who pop up in supporting roles, including a very nice performance from Bob Odenkirk as an editor who goes way back with Ellsberg and is instrumental in the paper’s expose. This is primarily the Streep and Hanks show, however. And in case you didn’t know, the two can act. Hanks is playing a part made most famous by Jason Robards in All the President’s Men (for which he won a gold statue). It is that movie that you may wish to draw comparisons with. The Post isn’t in that league, but few reach that level of greatness. The Post, rather, is exceedingly competent.

A trio of multiple Oscar winners team up for The Post, which expands nationwide next weekend over the four-day MLK holiday frame. The dramatic political thriller from Steven Spielberg is headlined by Meryl Streep as Washington Post publisher Kay Graham and Tom Hanks as editor Ben Bradlee and their exposure of the Nixon Adminstration’s Pentagon Papers scandal. Costars include Bob Odenkirk, Sarah Paulson, Tracy Letts, Bradley Whitford, Bruce Greenwood, and Carrie Coon.

Unsurprisingly, the film has garnered some Oscar attention for itself and looks to be a player in numerous races when nominations are announced on January 23rd. The Post has received lots of ink for its comparisons to the political scene today. Reviews have been mostly strong and it stands at 87% currently on Rotten Tomatoes.

Boasting its A list director and two stars, this should accomplish its mission of appealing to adult moviegoers. It’s performed extremely well in limited release thus far. I’ll predict this posting a low to mid 20s debut.

Way back on January 29th of this year, I wrote my Oscar Watch post for Jordan Peele’s Get Out, which had just premiered at the Sundance Film Festival nearly a month before its opening.

At the time, I wrote: “The chances of this getting into the Best Picture convo is unlikely. However, depending on level of competition, it could be in the mix for Peele’s Original Screenplay if voters remember it nearly a year after its February 24th domestic debut.”

Of course, since then, Get Out became a box office phenomenon, taking in $175 million domestically. Furthermore, it became a water cooler picture with its focus on racial themes that have often dominated the news.

From late January until this Monday, I have yet to put Get Out in my predicted nine films to be named for Best Picture at the Oscars. However, recent precursor action has done nothing except up its chances.

The National Board of Review named it among their 10 best movies of 2017. Mr. Peele was also honored with Best Directorial Debut. The Critics Choice Awards named their nominees this week and Get Out was among six Picture nominees and Peele made the cut for seven nominated directors. The Washington D.C. Film Critics Association nominated it for Picture, Director, and Actor (Daniel Kaluuya).

So where does Get Out stand now 10 months following my original post? Well, the chances of it getting into the Best Picture convo isn’t unlikely… it’s here. There’s a very good chance that I’ll be predicting its inclusion into Best Picture when I update my Oscar predictions this Monday. Peele wasn’t even in my top 10 listed possibilities for his direction three days ago and he most certainly will be now. Kaluuya has yet to be named in my top ten possibles for Actor. That should change. That said, I still see a nomination for him as unlikely.

Stay tuned on Monday and my Oscar Watch posts will continue…

All My Life… I Wanted To Be A Blogster
Blog at WordPress.com.